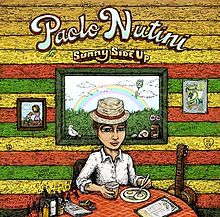 Sunny Side Up is the second studio album by Scottish singer/songwriter Paolo Nutini, released on 29 May 2009 in Ireland and 1 June 2009 in the United Kingdom. Nutini and his band, The Vipers, toured the United States briefly before a UK tour prior to the album’s release. The album debuted at number one on the UK Albums Chart. Nutini recorded the album himself with his band The Vipers, with Ethan Johns contributing mixing and production. The album features guest appearances from trombonist Rico Rodriguez and ?uestlove.